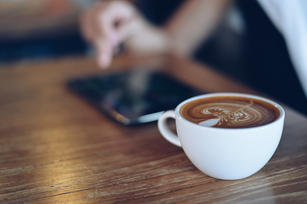 Last Friday my friend and I were sitting in our university’s local coffee shop watching an awful student-run magic show. We were two of the 7 people in the crowd who decided to sit there with our coffee at 11:30 p.m. while everyone was out in Athens, Ohio. The magicians were choosing volunteers that happen to be the same 3 people (because no one else volunteered) while they performed “magic” on them, but would actually just mess up their tricks and laugh it off. I sat there engulfed in whatever I was watching in front of me, until my friend turns to me and goes, “want to go home?” Home, meaning, the 4-hour drive north to Toledo. Naturally, I said yes- because what else were we going to do for the rest of the night? Sleep obviously did not cross my mind!

It sounded like a good idea in theory, until I realized that I had to pack for the weekend in under 10 minutes, before we realized it was dumb to decide to go home this late and backed out. So, I sped-packed.

As my roommate likes to remind me, I’m probably the most unorganized person in the world- as I threw whatever I found in my bag and didn’t look back. Luckily, I have the coolest aunt and uncle in the world who have introduced me to KidsTravelZone. (I actually still own my light blue suitcase with a yellow smiley face on it that I purchased in third grade… but it’s still in perfect condition so why not still use it!). They have everything from travel bottle sets , to toiletry bags , to large tote bags - and it makes for fast and simple packing. It also makes life easier for when Sunday night came around I procrastinated my re-packing until my ride is sitting in my driveway!